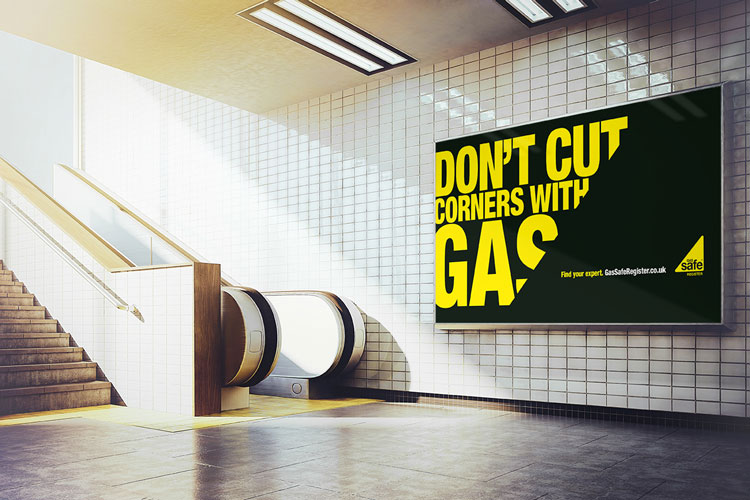 Did you see it?

Back in November we helped spread the word of Gas Safe's new 'Don't Cut Corners Campaign'. The campaign's goal was to raise awareness of the dangers gas poses to the public and has been shown on tv channels such as ITV2, ITV3, More4 and lifestyle focused channels such as discovery channels, Home and Food Network. The advert will be televised up until March and has gained some serious recognition from not only the public, but from public figures too with the likes of Jeff Brazier and Gloria Hunniford standing behind the campaign.

A main point of this advert is to highlight the fact that yes, it's not ok for the country to corners as much as we do. The Gas Safe Register has used examples like running red lights, cycling without a helmet and not wearing a seat belt to the list of things we don't do but can cause serious consequences. Placed in a league of it's own is cutting corners with Gas as they discovered that 25% of people don't even have a working carbon monoxide alarm.

Giving the campaign an extra push

To give the campaign an extra push, Gas Safe brought TV presenters Gloria Hunniford OBE and Jeff Brazier on board. Gloria has spread the message of how important it is to be gas safe through several radio stations throughout the UK, whilst Jeff has produced a series of videos discussing how he may cut certain corners in life but, never does he take any short cuts with gas. Gas Safe's video starring Jeff can be seen below

Not only is the campaign raising awareness for the dangers of gas, but new research has discovered that 10% of people probably won't bother to have their gas appliances checked within the next year. A figure which is even more alarming is that half of these people said they would even try to service their boilers themselves! Really? If you're reading this, please ask yourself whether you would take this risk as apposed to asking someone who has undergone Gas Courses and is on the Gas Safe Register. May we remind you that toxic gases like carbon monoxide is a silent killer with it being both invisible and having no smell! For many young families out there, this is surely the last thing you would try? Please ask yourself is it really worth it?

Such research carried out by the Gas Safe Register themselves shows that clearly there are people cutting corners! Being a centre that provides training for the gas safe registered engineers of tomorrow, we highly recommend you guys take the advice!